Sunday saw two demonstrations in downtown NYC, one in support of Wisconsin public unions, the other in support of Planned Parenthood.  I post a few photographs from them: 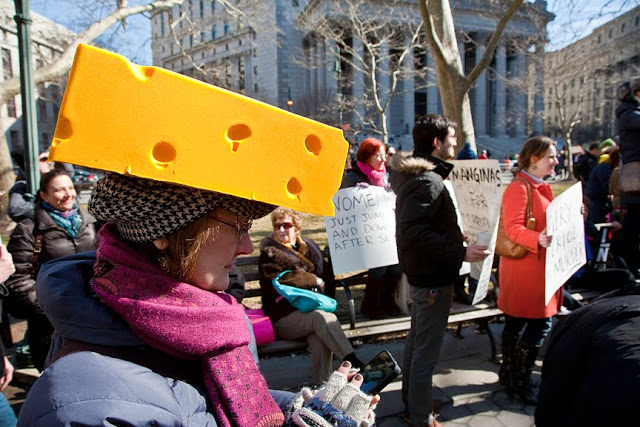 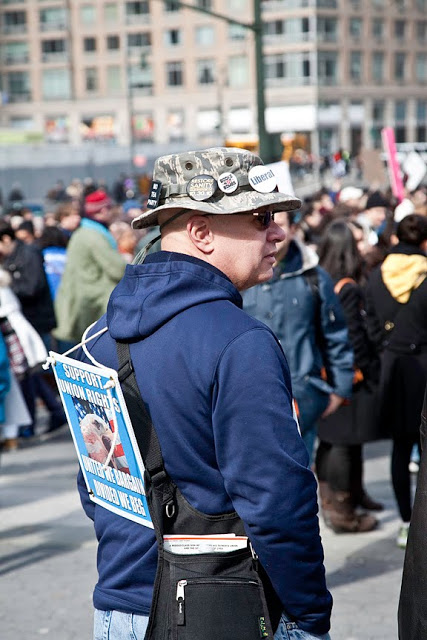 Sign on back reads: “Support Union Rights–United We Bargain, Divided We Beg” 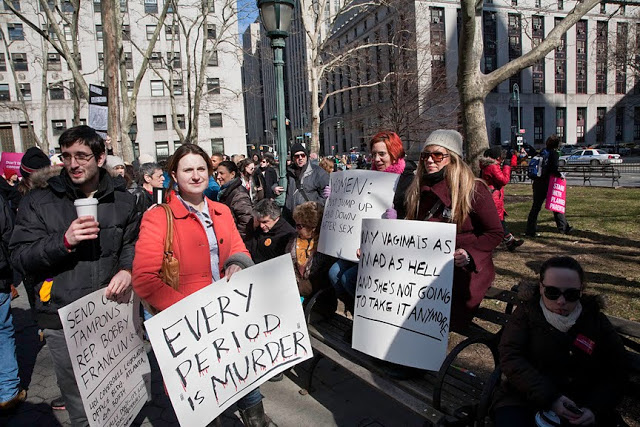 Sign on right reads:  “My Vagina Is Mad As Hell, and She’s Not Going To Take It Anymore” 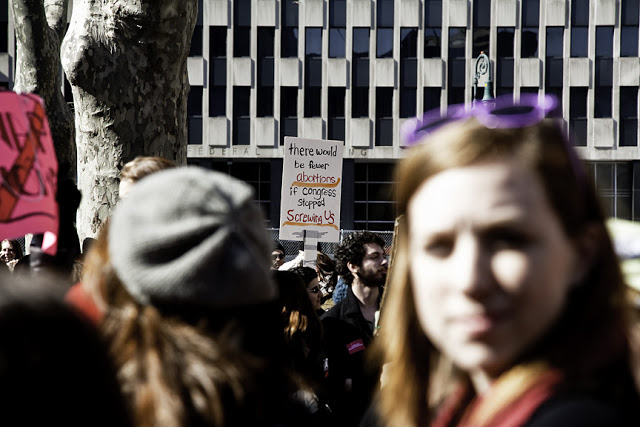 Sign in background reads:  “There would be fewer abortions if Congress stopped Screwing Us” 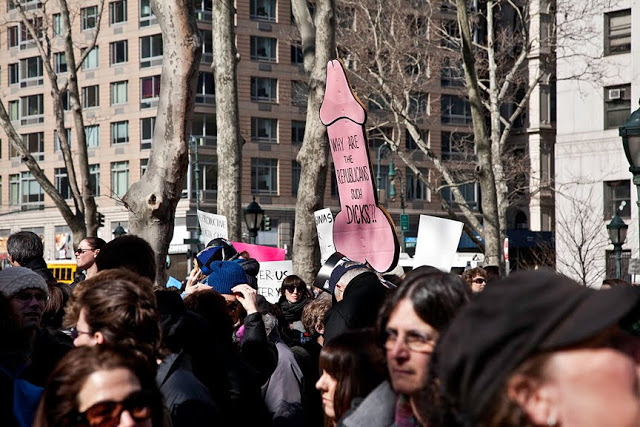 Sign in center midground reads:  “Why are Republicans such Dicks?”

« May the Force Be in Wisconsin
Women: Wronged By the Right »